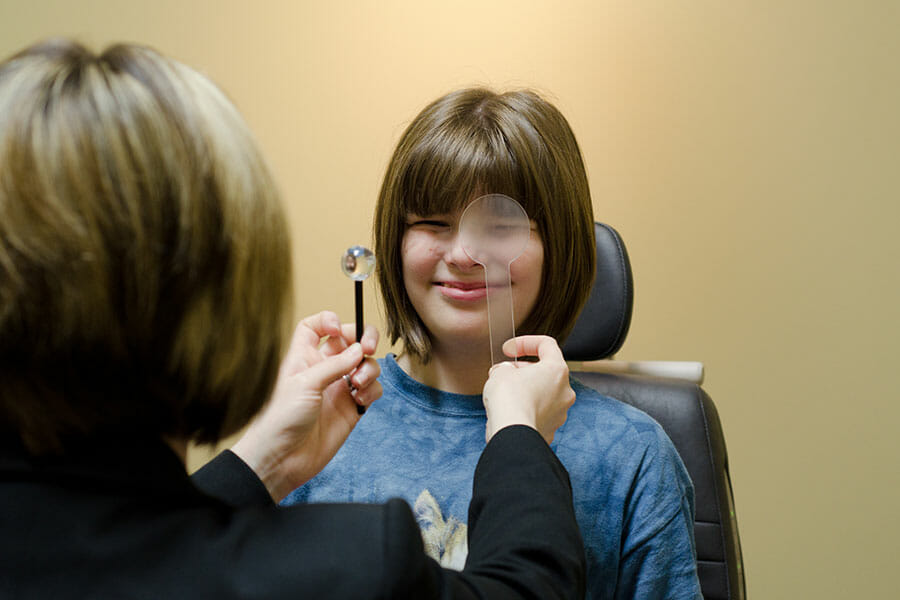 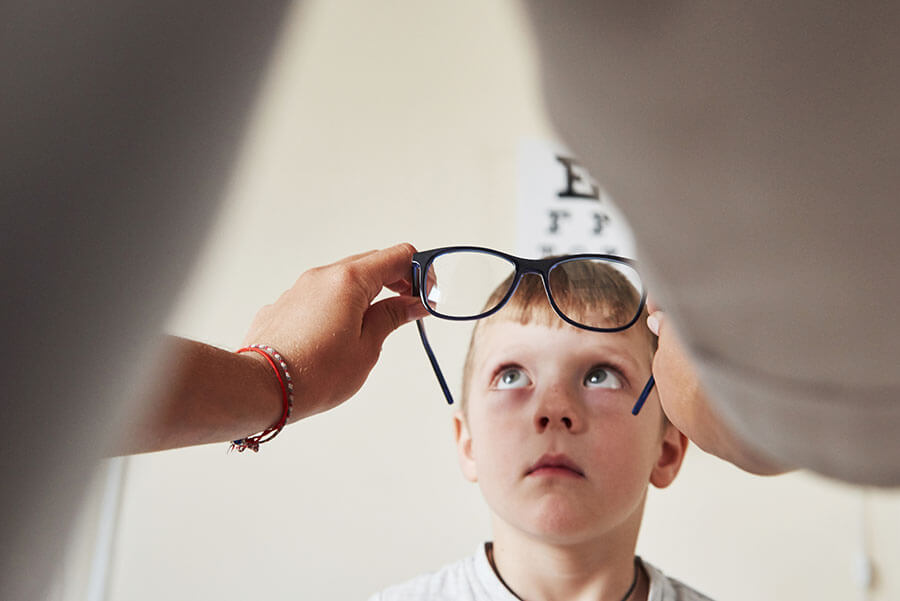 Signs to Watch For

There are several areas in which children with non-verbal learning disorder may struggle. Through knowing what areas these are, you will have a better chance of noticing there is a problem early.

Difficulty with visual and spatial awareness

Children with non-verbal learning disorder often struggle with understanding visual imagery. As an example, if they are asked to copy a specific shape, they will instead draw a distorted figure. This is because they can’t perceive the shape, the forms it is made up of, and the relationships between them.

They also struggle at evaluating visual-spatial information, and have a hard time comprehending the relationship between objects they see and their locations.

While children with non-verbal learning disorder can be good at rote learning, and can do well in math by relying on memorization, they are likely to struggle while trying to solve more advanced problems which require understanding concepts and patterns.

Children with non-verbal learning disorder often have trouble reading emotions in those around them, and in picking up facial cues and other body language. This makes it a challenge for them to properly engage in social interactions. With less understanding of social cues, they are prone to inappropriate behavior in social settings. Some have theorized that an overuse of technology, specifically things like communicating via non-verbal methods like texts and online chats, can lead to or exacerbate this problem.

Higher order comprehension is one’s ability to identify a main idea, details which support it, and how they relate to each other. This skill is vital to reading comprehension, and the ability to tell a story well (both verbally and through writing). People who struggle with this will have a harder time taking notes in class: they may try to write down nearly everything the teacher says, since they can’t determine what is important, or write down nothing at all, or just superfluous information, since they can’t figure out what is important enough to write.

Executive functions are a group of skills people use to organize their thinking, to plan and carry out actions, and to solve problems. Children with non-verbal learning disorder tend to struggle with organizing and planning. They won't know how to break down large projects into smaller steps, or understand exactly what they need to do to accomplish the goals of their projects.

How does vision, and vision issues, come into play with this disorder?

Non-verbal learning disorder stems from deficits in visual processing, which is what leads to many of the struggles described above. Deficits in visual processing are often caused by vision issues, which can be corrected to at least alleviate symptoms. However, since children with this disorder may have 20/20 eyesight, and because some of the symptoms can be attributed to other disorders, the underlying vision issues causing their problems may not be addressed.

Basic vision tests only look to see if people can see the chart 20 feet away, and not near sight. They also cannot detect many other vision issues, such as deficiencies in eye tracking, eye focusing, and convergence, which can make life more difficult--especially in an academic setting. 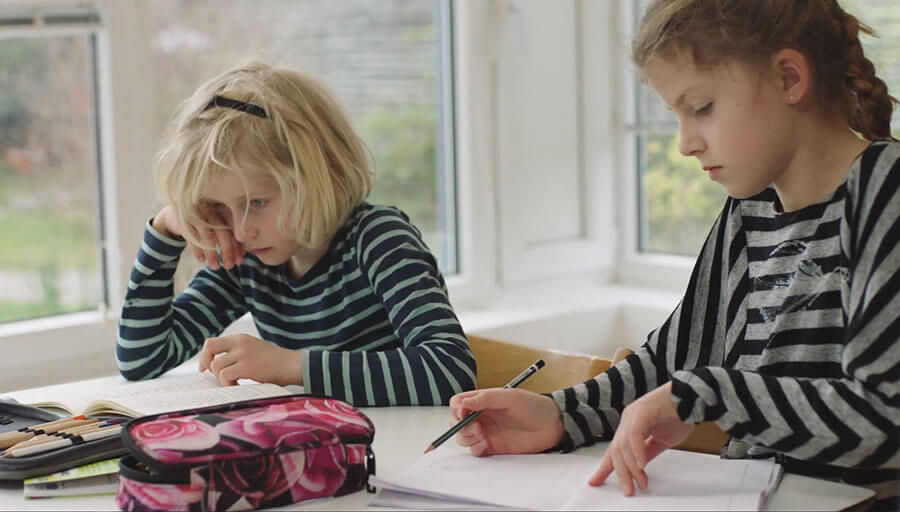 How Does Treatment Work?

The first step upon seeing our doctor will be a comprehensive assessment to determine how best to help your child based on their unique situation. Once the specifics of their condition are determined, a personalized treatment plan will be formulated. The therapies will be directly targeting the skills they lack, to help improve your child’s abilities in those areas.

We utilize top of the line activities and technology to specifically target the necessary skills, and to make the therapy enjoyable, something especially important for younger patients. 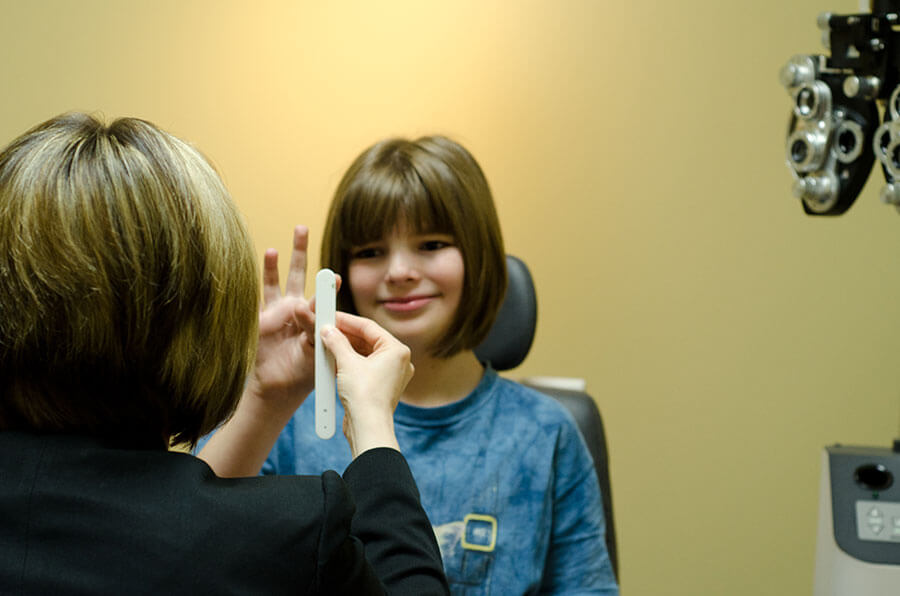 What Should I Do if My Child Has Non-Verbal Learning Disorder?

How Long Does Treatment Take?

As with the specifics of the treatment itself, the length of treatment varies on a case by case basis, depending on the patient’s needs. Once our doctor formulates a treatment plan, we will have a better idea how long treatment will take. 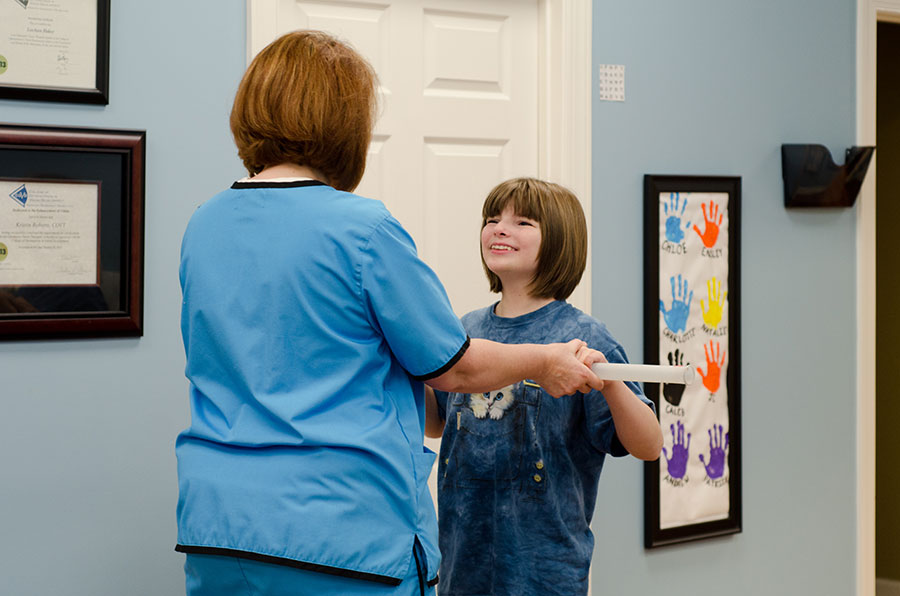 Non-verbal learning disorder is a condition which can lead to difficulty in motor, visual-spatial, and social skills in children, though these same children may be highly verbal, unlike in other learning disabilities. Due to the nature of the symptoms, and the fact that children with this condition can have 20/20 vision, it can be a challenge to detect the problems and seek treatment. As with other vision issues which can impact learning ability, vision therapy is a great treatment option. Contact us today to schedule an evaluation.

What is The Importance of Developmental School Vision Screenings?

Vision Therapy for Down Syndrome

The National Institute of Child Health and Human Development reports that 60 percent of children with Down syndrome (DS) have vision problems.
Read More

Visual development in autism spectrum disorders and ways to improve visual function with the help of a developmental optometrist.
Read More

The eyes of children with Autism are more often misaligned (strabismus) and weak in one eye (amblyopia).
Read More

Just because your child is performing well academically, doesn’t necessarily mean that they aren’t struggling with an issue that’s making their life more diffic
Read More

What does it mean when one of my eyes is suppressed? And how does that impact vision?
Read More

The Importance of Stereoscopic Vision

What Is Convergence Insufficiency

Convergence insufficiency is one of the most common vision conditions impacting a child's performance in the classroom.
Read More

In this article we explore some of the common myths about vision therapy.
Read More

The Behavioral Side of Visual Disorders

Visual or perceptual skill deficiencies can manifest in a multitude of ways.
Read More

Amblyopia and strabismus are at times connected, but they are not the same condition.
Read More
1 2 3 … 10 Next »